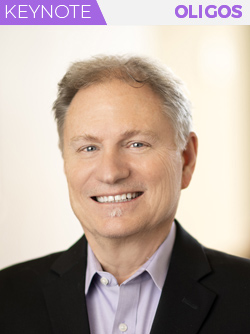 Dr. Geary is Senior Vice President of Development at Ionis Pharmaceuticals. He is responsible for Preclinical Development, Clinical Development, Regulatory and Clinical-Stage Manufacturing for Ionis’ antisense drugs. Since joining Ionis in 1995, Dr. Geary has been involved in discovery and development including the regulatory submission of more than 40 investigational new drug applications to U.S. and other regulatory agencies. In his position as head of Development, Dr. Geary has led four successful antisense medicine late-stage development programs through approvals in multiple jurisdictions. During his tenure at Ionis, he has authored or coauthored 14 book chapters and more than 80 peer-reviewed manuscripts, which form a body of work that fully characterize the pharmacokinetics and metabolism of antisense drugs and the relationship of drug concentrations to activity and safety. Dr. Geary also serves on the Oligonucleotide Therapeutics Society (OTS) Board of Directors and co-leads the publication committee for Nucleic Acid Therapeutics.
Dr. Geary received his Ph.D. in Biopharmaceutics from the University of Texas, College of Pharmacy, Austin, Texas and his B.S. in Biology from Texas A&M University, College Station, Texas.