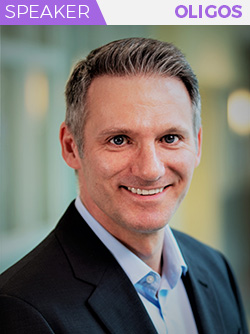 Dr. Schroff has served as Chief Operating Officer at Exicure since April 2018. Dr. Schroff brings more than 15 years of senior leadership experience within global biopharmaceutical companies where he gained deep scientific and clinical experience in immuno-oncology, TLR9 biology and broad clinical program management. Prior to joining Exicure, from September 2016 until December 31 2017, Dr. Schroff was the chief executive officer for VAXIMM AG, a Swiss/German biotech company. Prior to that, from January 2008 until December 31, 2015, Dr. Schroff was the chief executive officer of Mologen AG, a publicly traded German biopharmaceutical company. Dr. Schroff is the co-inventor on numerous patents in the field of immuno-oncology, RNAi and gene expression, including a TLR9 agonist that is now in late-stage clinical development for various cancer indications.

Dr. Schroff received his Ph.D. in molecular biology from Freie Universität Berlin and a degree in biochemistry from Leibniz Universität Hannover.