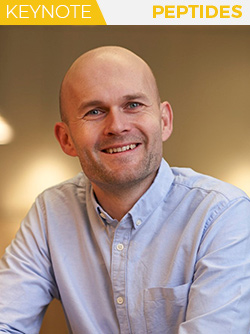 In 2008 he joined Novo Nordisk, first as a post doc and later as a research scientist. Lars has been at Novo Nordisk ever since and has mainly worked in the field of metabolic peptides and oral delivery both as a scientist and project coordinator.

Through the past 10 years Lars has been department manager in the Research Chemistry area of Novo Nordisk.