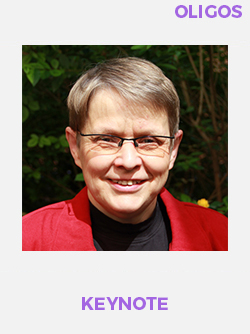 Annekathrin Haberland holds a PhD in pharmacy at the Humboldt-University of Berlin, Germany. She joined the Berlin Cures in March 2015 as the director of regulatory affairs, also being responsible for managing innovation and technology. The Berlin Cures Holding is a Life Science Company, located in Zug, Switzerland, which develops oligonucleotide based therapeutic agents for the treatment of diseases which are associated with the occurrence of functionally active autoantibodies against G-protein coupled receptors. Before joining Berlin Cures, Annekathrin worked at a Contract Development and Manufacturing Organization (CDMO) and technology provider in Berlin, the ProBioGen AG, which develops and manufactures biopharmaceutical drug candidates, as the innovation and technology manager. Before that, Annekathrin has held different scientist and senior scientist positions at universities and the Max-Delbrück-Center of Molecular Medicine, center of the Helmholtz Association of German Research Centers. Here she worked for an extended period of time in the laboratory of Priv.-Doz. Dr. Michael Böttger, where she developed non-viral DNA-vectors and studied protein-DNA-interaction. Consequently, Annekathrin introduced aptamer technology to autoantibodies against G-protein coupled receptors and was thus an essential partner in laying the foundation for the later development of BC 007.